Occidental Petroleum: Playing The Long Game In The Permian

There’s a lot of oil in the Permian

Estimates vary but the U.S.G.S. recently opined that the Permian might be expected to contain as much as 46.3 bn barrels of oil, mostly in the prolific Wolfcamp and Bone Spring reservoirs. This sometimes referred to as a “stacked play,” What this means is there are multiple reservoir horizons, stacked vertically that give oil companies multiple drilling targets. I’ve heard some estimates that go as high as 75 bn barrels, an estimate that comes from Scott Sheffield, the recently retired CEO of Pioneer Exploration, (PXD). The truth is, no one really knows, but it is generally a good sign when estimates are being raised. Nor do comparisons to Saudi Arabia hurt. 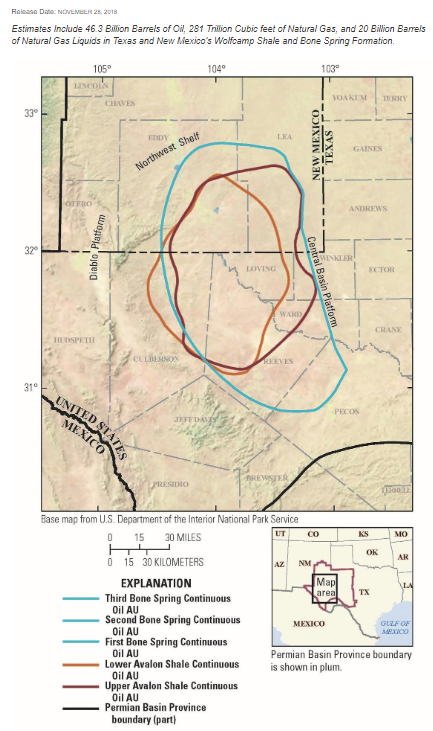 At present rates of extraction, about 4 mm BOEPD, that could mean that there are between 30-40 years of exploration and development remaining in the Permian. A figure that’s likely to be boosted as time goes on.

One thought on “Permian Consolidation”