I’m fairly sure a robot wrote this but it might be worth adding to your mosaic nonetheless.

At Q3’s end, a total of 11 of the hedge funds tracked by Insider Monkey held long positions in this stock, a change of 10% from the previous quarter. On the other hand, there were a total of 9 hedge funds with a bullish position in TPL at the beginning of this year. With hedgies’ capital changing hands, there exists a select group of noteworthy hedge fund managers who were upping their holdings meaningfully (or already accumulated large positions). 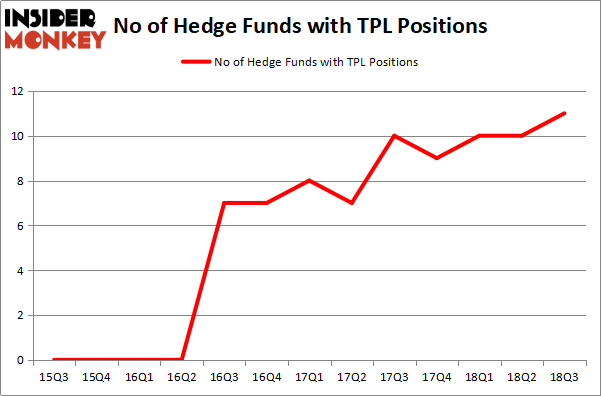 The largest stake in Texas Pacific Land Trust (NYSE:TPL) was held by Horizon Asset Management, which reported holding $1578 million worth of stock at the end of September. It was followed by Polar Capital with a $24.7 million position. Other investors bullish on the company included Arrowstreet Capital, White Elm Capital, and Renaissance Technologies.

Consequently, key hedge funds have been driving this bullishness. Polar Capital, managed by Brian Ashford-Russell and Tim Woolley, created the most outsized position in Texas Pacific Land Trust (NYSE:TPL). Polar Capital had $24.7 million invested in the company at the end of the quarter.