Bloomberg: The 130-Year-Old Bankruptcy That Created a $5 Billion Oil Giant 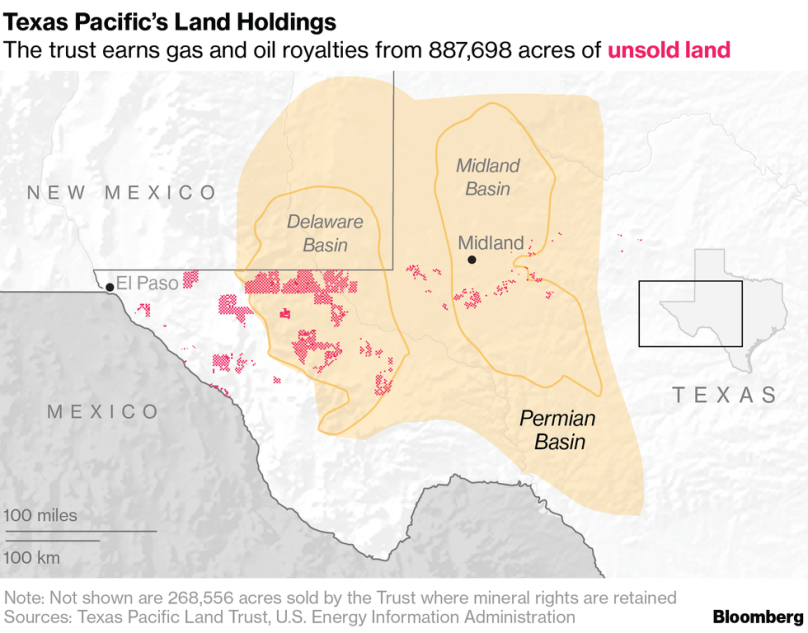 I assume that most TPL-heads have seen this article but in the spirit of posting up all the resources / news / articles I find, here goes.

Kevin Crowley and David Wethe do a bang up job covering the the energy space for Bloomberg.  Kevin and David are particularly strong when it comes to writing about West Texas.  Be sure to give their stuff a look.

A couple notable takes from the article are below.  I worry/think about both:

Glover’s pay rose almost three times to $724,000 last year, while Packer got a similar increase to $753,000, according to the annual report.

Tyler Glover and Robert Packer (TPWR) are in the catbird seat and are going to want/deserve higher comp as some point in the future.  The Trust does not have a history of high pay though it seem like they are moving in that direction.

While it may have a unique history, Texas Pacific isn’t the only company making money from the Permian’s mineral leases. Diamondback Energy Inc. spun off its mineral rights into Viper Energy Partners LP in 2014. So far this year, Viper has climbed 28 percent.

I think about bulk asset sales often.  TPL could hit a bid on the the mineral rights or the water biz (and its related land) and do a massive return of capital at any time.  The Trust, as designed (as far as I know) isn’t really a growth entity.

One thought on “Kevin Crowley of Bloomberg on TPL. May 2018”